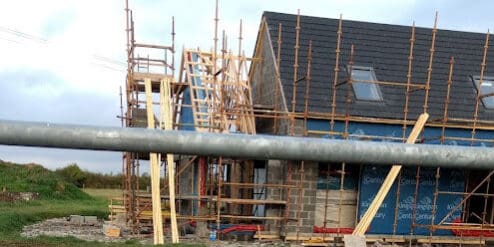 Residents in Swords who are living in social housing could be getting good news soon as the council are hoping to retrofit as many as 50 homes this year.

The Energy Efficiency Retrofitting Programme 2022 is still being finalised, and is currently being reviewed by the Department of Housing, but Fingal County Council have indicated that they expect between 40 and 50 social homes will be made warmer and healthier in 2022.

In 2021, Fingal County Council retrofitted 65 social houses across the county but none of those were based in Swords now the council are moving to upgrade its housing stock in the Swords area.

The 2022 Energy Efficiency Retrofitting Programme is currently under review with the DHLGH and approval will issue when finalised. However, we would propose to include 40 – 50 properties for retrofitting works in the Swords area pending approval.

“In a time when fuel prices are incredibly high it is good to hear that a number of social houses in Swords will no longer have to pay for fossil fuels come next winter because of this scheme.

“The government plans on retrofitting are going to be really positive in so many ways. They reduce energy bills, they make homes warmer and healthier, they create a huge amount of jobs, and they help us reduce carbon emissions.

“The retrofitting will involve bringing a house up to a minimum of B2 BER and installing a heat pump. This will cut annual heating bills from a few thousand Euro to a few hundred Euro for the people living there.

“I very much look forward to the ramping up of our retrofitting in the county in the coming years. “