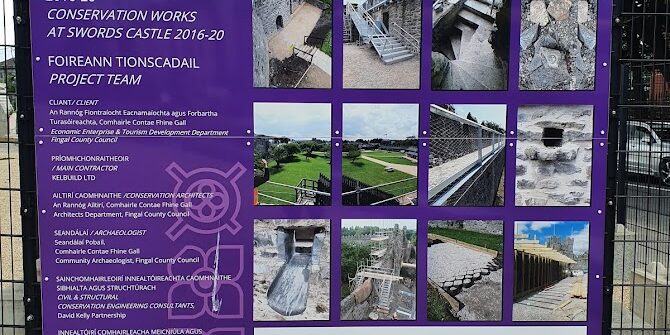 It will be over a decade from when the Masterplan for the Swords Cultural Quarter was first voted through by councillors until it is completed, latest details reveal

The latest progress update on the Swords Cultural Quarter has put a likely completion time for early 2026.

First approved in 2015 it will mean that by current estimates it will have taken 11 years to have delivered – and that doesn’t account for further slips.

An official for Fingal County Council explained the current situation:

Work is well progressed on the design of the Swords Cultural Quarter and presentations on the proposal are expected to be organised in coming weeks to local members. The design proposals are currently undergoing internal preplanning procedures in the Council. Following receipt in March of a first stage approval for the County Library from the Department of Rural and Community Development the next stage submission has been made. Subject to receipt of this stage approval and completion of the internal planning process the intention is to bring the proposal to this local area committee in June with planning consultation running across summer months which would allow confirmation of a planning decision by the Council in Q3.

Building Control consent processes for Fire Safety and Disability Access Certificates are in preparation to allow applications to be made in coming months. Following archaeological testing and survey work on the site in Q1, an application has been lodged with the National Monuments Service seeking Ministerial Consent for enabling works associated with the development.

When planning consent is confirmed detailed design and preparation of tender documents for the new building will proceed with tenders due to issue in Summer 2023 and an expected contract award in Q4 2023. The construction duration is expected to take 2 years to complete.

The timeline makes clear that a construction contract will only be awarded at the end of next year. This means that, all going well, doors will open on the new library and cultural space in 2026.

“As a first time Councillor my mind still boggles at the lenght of time big projects like this are taking to complete. It feels excruciatingly slow. I remember first reading about the project in 2016 and even then it had been discussed for years.

“What has been most damaging for Swords is that the town remains in a kind of limbo. Where the promise of a large piece of investment has had a chilling effect on other investment. Between the Metrolink, the Cultural Quarter and the Ward River Valley masterplan the whole town is waiting for Godot.

“Because of this we need to push for improvements now and make sure that we get investment in ‘meanwhile’ spaces that other areas get. A prime example of this is the space beside the castle. By this rate that area could stay the same for years. It needs to be developed into a pocket park that is attractive and can be used by residents now.

“We also need to keep the focus of the council on delivery of the current set of capital projects rather than adding more and more to the programme – that’s what will benefit the people of Swords the most.”