You are here:
Active TravelAirportSwords 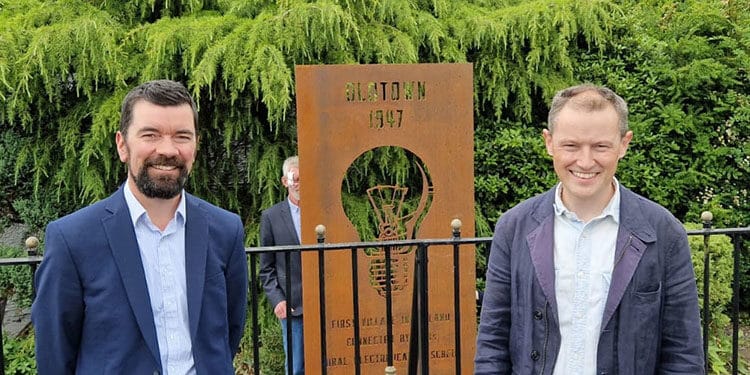 The project is part of the the Pathfinder Programme of 35 exemplar transport projects to be delivered by local authorities and agencies around the country within the next three years, launched by Minister for Transport Eamon Ryan.

“This is great news for Swords. We will see this active travel demonstrator delivered quickly over the next 2-3 years with the direct support of the Department of Transport and will transform the active travel linkages between Swords and the Airport.

“Dublin Airport is one of the biggest employers in Fingal and a high proportion of staff live in the Swords area, less than 5km to the north, but the two currently have poor cycle connectivity. This project offers a huge opportunity to improve the active travel infrastructure for Swords and give airport employees a real option to leave the car at home and cycle safely to work, potentially eliminating thousands of car journeys.”

The projects were selected following Minister Ryan’s call to local authorities over the summer to submit their most innovative, transformative plans for public transport, walking and cycling in their areas – the projects that could make the greatest difference to people living in their counties with the objective of ensuring delivery of these projects by 2025.

“Building out good transport links between Swords and Dublin Airport makes a huge amount of sense. The airport is a strong employer in the area and people need to get there.

“Swords Main Street is about a 15-minute cycle from much of the airport and many people would cycle if it was safe and straight forward.

“Unfortunately, we have had a number of serious incidents involving cyclists around the airport and tragically some fatalities. It’s not clear yet if this scheme will deal with some of those areas but any investment in making it safer to get to and from the airport by bike is very welcome.”

The Department of Transport will support Fingal County Council in accelerating the delivery of the initiative along with implementation workshops. The benefits of the project will be captured and evaluated as part of a national review.

The Pathfinder Programme forms a key part of the implementation of the National Sustainable Mobility Policy (SMP), which is a vital part of the Government’s plan to meet Ireland’s requirement to achieve a 50% reduction in greenhouse gas emissions by 2030 in the transport sector.