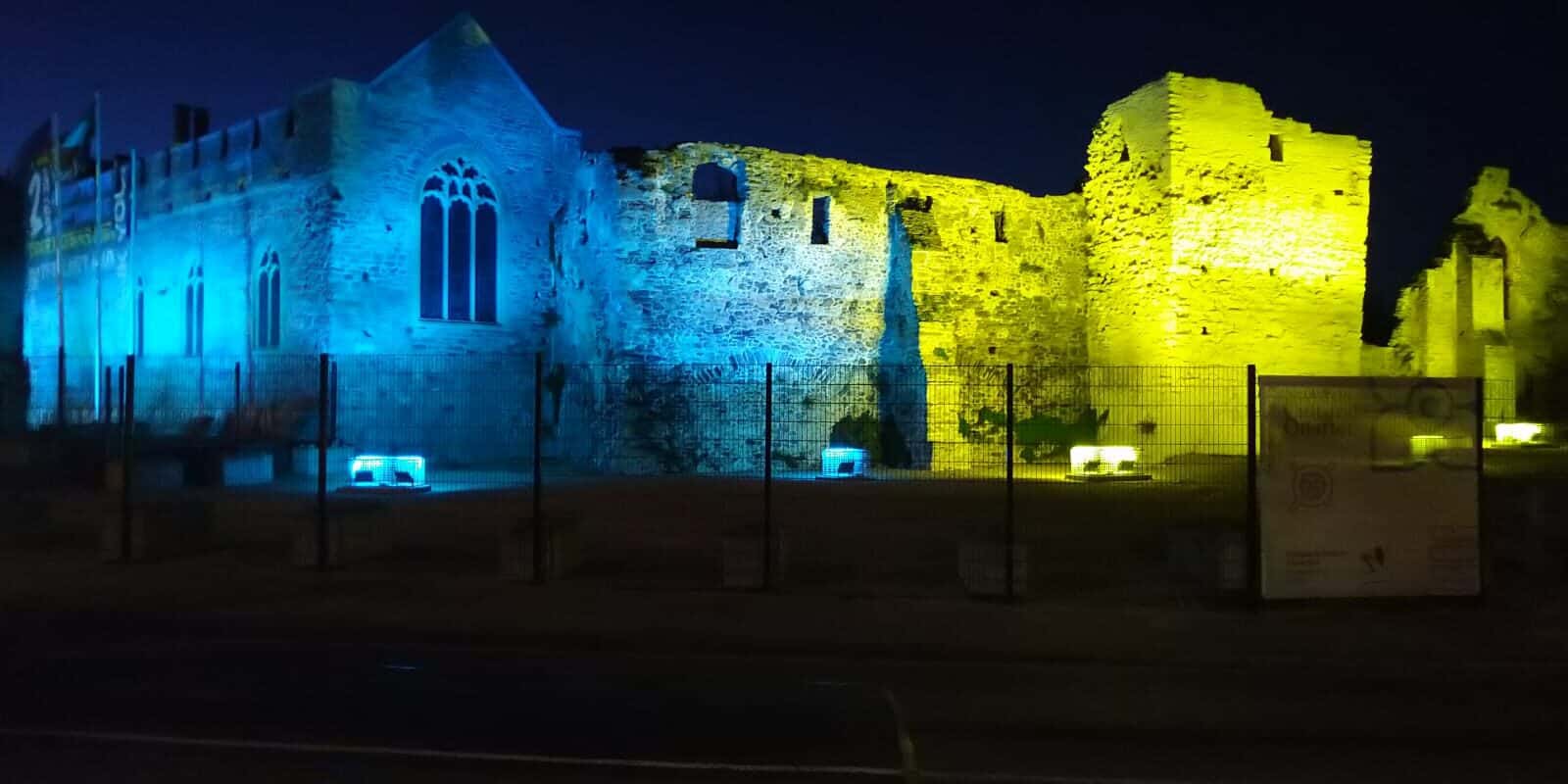 Swords Castle was lit up this week with the colours of Ukraine in solidarity with the people who are resisting the illegal invasion from Russia.

It was one of a number of council owned buildings lit up by Fingal County Council at the request of the Mayor Seána Ó Rodaigh. The others lit up were Balbriggan Courthouse, Blanchardstown Library and the Civic Offices, Blanchardstown.

In Swords, a donation centre has opened in the Swords Manor Mall. The unit behind Grainger’s Manor Inn has been set up to take donations and will be open over the coming days at the following times.

At the next Fingal County Council meeting Councillors will consider a motion to denounce the attack from Russia.

The motion, written by Cllr Darragh Butler and co-signed by a number of other Councillors states:

“That this Council unreservedly condemns, in the strongest possible terms, Russia’s totally unprovoked and despicable attack on the free and sovereign nation of Ukraine and call on Russia to immediately withdraw and make reparations.”

“It has been heartbreaking watching the events in Ukraine unfold. I think everyone has felt helpless watching such dispicable acts take place.

“What has been positive is seeing how the community has responded here. I encourage people to continue to do what they can to help the people of Ukraine.

“I was also very happy to co-sign the motion unreservedly condemning the actions of Russia in Ukraine at the next council meeting. I feel it is important to reflect the huge public outcry in our council and show clear solidarity with Ukraine”