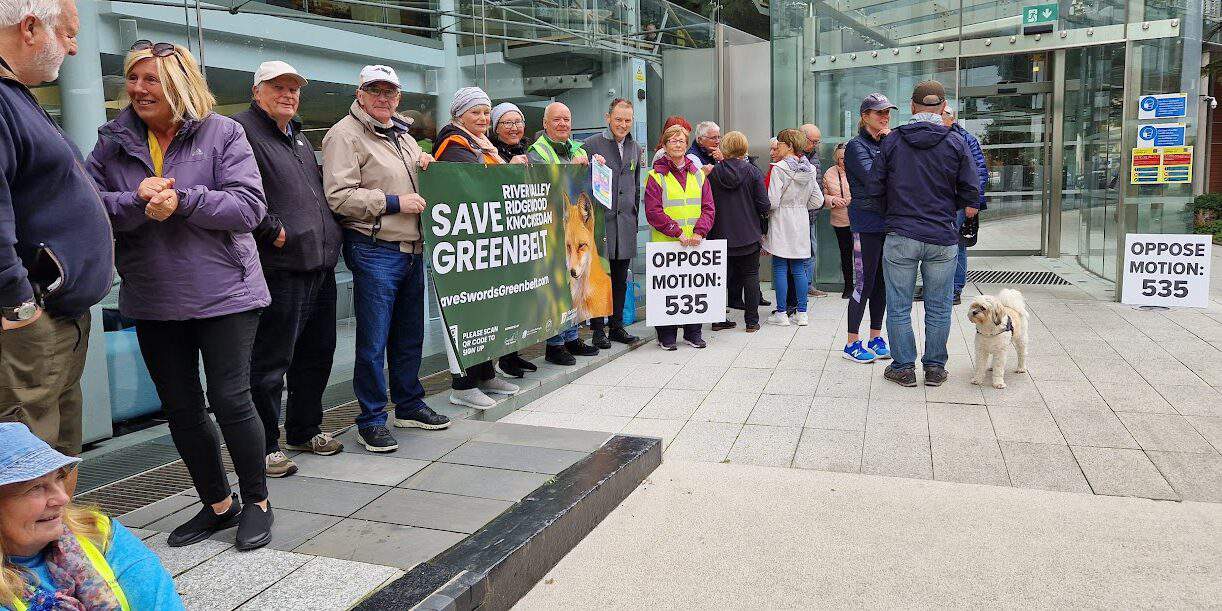 This come on the back of a community campaign to maintain the greenbelt and prevent it being zoned residential.

Following a long debate, as part of the preparation of the next Fingal Development Plan, the motion was withdrawn and it won’t be going forward for the next phase of public consultation. This means the lands will effectively be maintained as greenbelt until the next development plan process in six years.

“We all share the desire for delivering housing but there is substantial lands being developed for housing in the town and we need to look at preserving the green areas we have.

“Lands that are so central to the town of Swords and connected to the Ward River Valley could be a really important space for developing essential nature corridors and increasing amenity.

“It is important that we don’t allow them to be swallowed up housing. We need to protect them and I want to thank the organisers of the Save the Swords Green Belt for mobilising the public and showing tremendous community spirit through the campaign.

“It was great to meet those who came to register their protest at County Hall during the week and lend whatever support I could.”