Shrubs and vegetation to be removed from the Ward River Valley 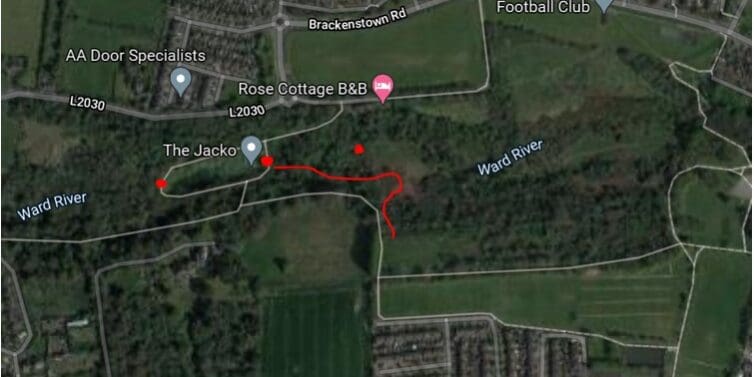 Vegetation in the Ward River Valley is to be removed to provide access to Ushers Lake, in the coming week.

In addition to access, there will also be vegetation removed from sensitive architectural features.

It is planned to carry out the second phase of essential vegetation removal in the central area of the Ward River Valley Park in the coming weeks. The works planned have all been specifically identified by the Conservation Engineer who is advising Fingal for the duration of this work. The works planned will involve a combination of additional access improvement plus vegetation removal from around the sensitive architectural features in this section of the Brackenstown Lands.

This removal work is necessary in order to gain appropriate access to the Ushers Lake area of the Park to facilitate conservation and repair works in the coming months to the sensitive architectural features associated with the Ushers Lake area and its environs. The vegetation removal is initially required in order to install an access route that will facilitate the protection and conservation of these sensitive architectural features. These newly cleared areas will eventually provide future access routes as part of the overall Masterplan for The Ward River Valley Park.

It is planned to commence on site the week commencing 31st January 2022. Works will be completed with a 2-3-week timeframe.