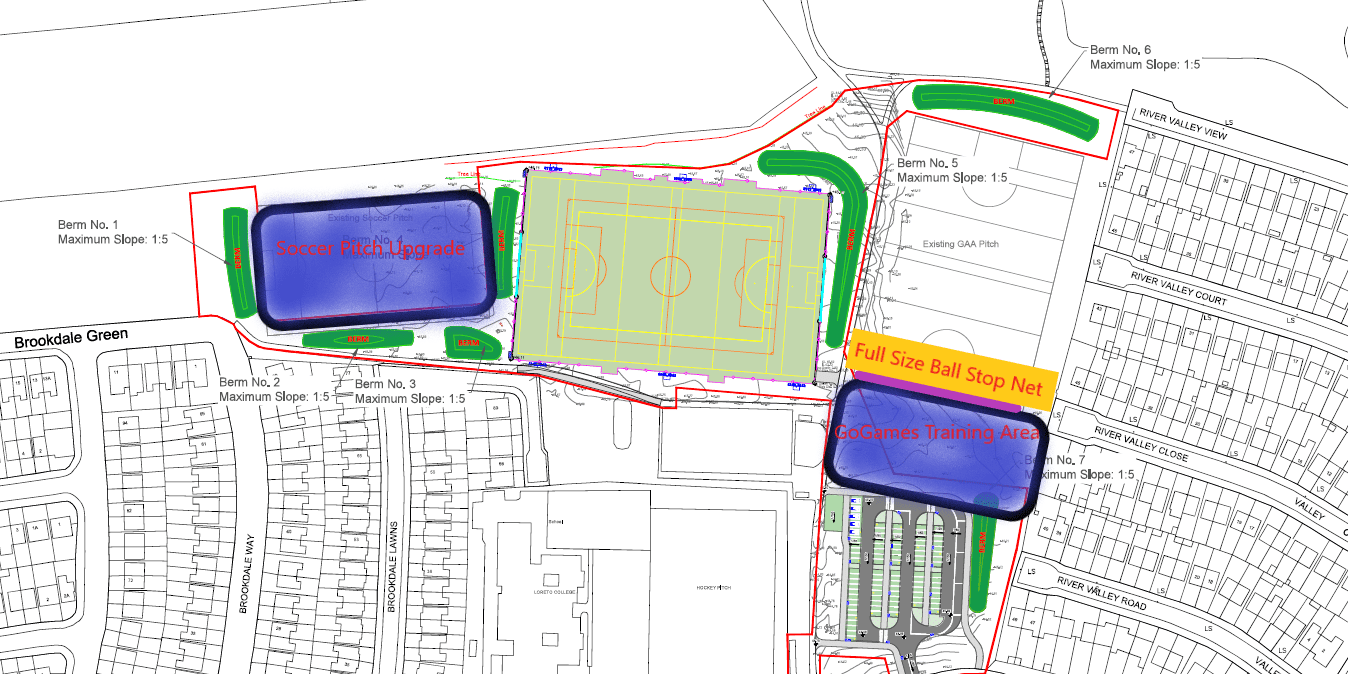 Two problems have emerged during the construction of the sports hub in Rivervalley which has pushed the expected completion back to June or July.

Last year the project was expected to conclude in the Spring of 2022 but this has slipped due to six weeks of heavy rainfall over the winter and much higher volumes of top soil on the site than expected.

However, the large volumes of top soil has allowed for further upgrades to the project.

The excess top soil will now be used to create and additional training area between the car park and the GAA pitch. This can be used for training and for some junior matches.

The soil will also be used to upgrade the soccer pitch to the west of the site. This will mean a smoother surface with better drainage which can be used for more of the year.

In addition there are plans for improved cycle lanes, bike parking, and an additional Ball Stop Net between the GAA pitch and the new training area on the site.

A Fingal County Council official explained the upgrades as follows:

“I have been keeping a close eye on this project because it has been suffering from delay after delay. The project was first announced in 2018 and here we are four years later and only half way through construction.

“However, we have to be realistic about construction timelines over the winter months and I was happy that the project team used the difficulties they came across to try and provide a better facility for the public.

“The new training area and the soccer pitch upgrade are very welcome and will no doubt be well used by the hundreds of kids and adults playing there every week.

“I’m also very glad to see the improvements in the cycling provision. If we are building anything now we need to be thinking about providing for better cycling and walking. This is the right way to do it.”