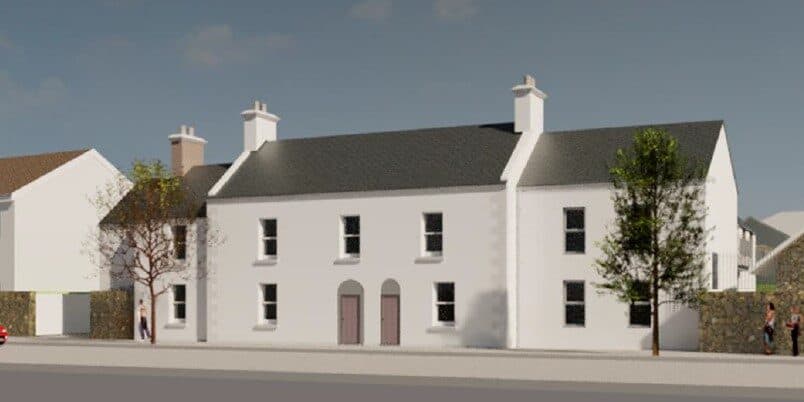 No 30 and 32 North St Swords are being redeveloped with a new apartment block attached to the rear by Fingal County Council.

The buildings, which have been vacant for a number of years, were originally built a century ago as an orphanage for protestant boys, known locally as the Bird’s Nest. It was later split up and used for residential use and as a post office from the 1940’s.

The proposed development will create 13 units made up of one and two bed apartments.

Submissions or observations can be made from Monday 19th December 2022 and must be received before 11:59 pm on Friday 10th February 2023.

Two Swords schools to get ‘Safe Routes to School’ in new round of funding
December 15, 2022
Recent Posts
Go to Top