You are here:
AirportSt Margarets 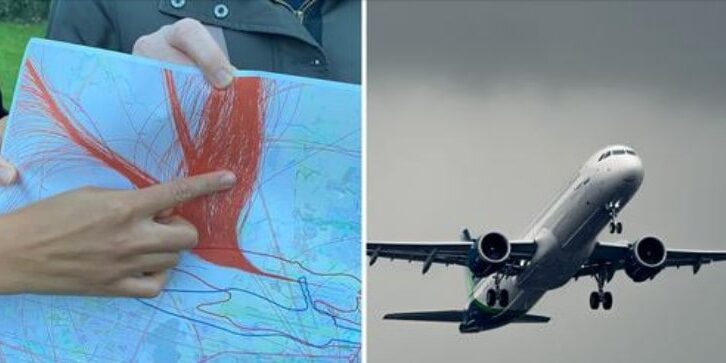 A protest against the use of flight paths from Dublin Airport that are not in line with planning permission will take place at County Hall, Swords Main Street on Monday (December 12th).

The protest will begin at 4.30pm and is designed to coincide with a council meeting which is due to start at 5pm.

Organised by the St Margaret’s The Ward Residents Association, the protest will bring together groups from around Fingal who are impacted by the illegal flight paths that are currently the subject of an enforcement process by Fingal County Council.

Anyone who wants to make their voice heard on this issue and the issue of night flights at Dublin Airport are welcome to join the protest.

The DAA received a warning letter from Fingal County Council in September and the airport authority have since responded. Officials in Fingal are now considering the response.

The divergent flights from the North Runway are clearly not in line with what was proposed in the original planning permission for the runway, which dates back to 2007. The divergent routes, which are currently severely impacting Coolquay, Newpark, Kilsallaghan, Rolestown, Ballyboughal and South Swords, are not in line with the proposed new planning permission for the North Runway which is not yet in place.

DAA officials have described the current situation as ‘unfortunate’ and claimed that the DAA are working with the IAA to bring the flight paths into line with the new planning permission by Q1 2023. They have failed to adequately explain why the airport has felt the need to breach the terms of either of their planning permissions.

“I strongly encourage anyone who has concerns about what is happening at Dublin Airport to attend this protest. The airport are clearly in breach of planning permission in the flight routes they are using. If you, or I, decided to defy planning permission we would find ourselves in court and need to rectify the situation at our own expense. I believe that Fingal County Council needs to pursue this enforcement case fully and fairly and not treat the airport any different to how they would treat anyone else.

“I also believe the Aircraft Noise Competent Authority (ANCA) needs to do more to assess the new noise situation at Dublin Airport. All of the assessments carried out relating to noise before the North Runway opened were assuming flight paths that are not now relevant. We can no longer be sure that the airport is meeting the Noise Abatement Objective. The divergent flight paths are causing more noise on the ground because they are forcing aircraft to turn quicker which requires more throttle.

“Under the laws which created ANCA they have the power to require the DAA to start a new noise assessment. This needs to happen now.”