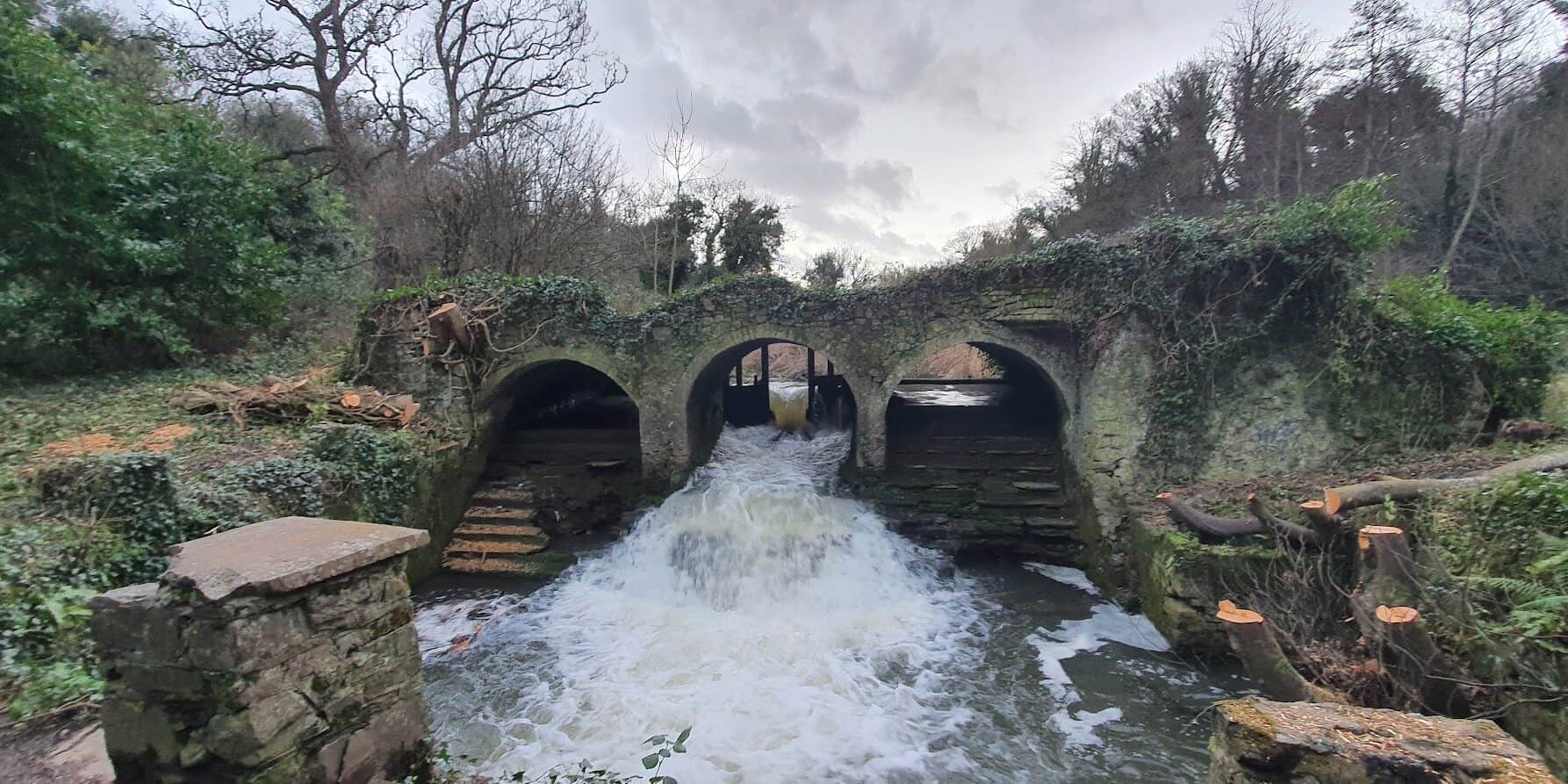 Shock was expressed from a number of Swords residents yesterday following the removal of a number of mature trees from the Ushers Lake area.

On the back of this local Green Party Councillor Ian Carey is calling for the masterplan for the park to progress to consultation immediately.

The works were being done by contractors for Fingal County Council as part of efforts to protect the remaining historical bridges and structures at the site.

Councillors and the public had been notified in recent weeks of plans to remove vegetation from the area in an effort to protect the structures before the start of the nesting season.

Despite this there was still considerable shock expressed, on Facebook groups, at the scale of the removals which included trees which were clearly many decades old.

“I didn’t want to comment publicly until I had a chance to have a look at the works myself. It is really unfortunate that the situation has got so bad at Ushers Lake that such extensive works were required.

“I completely understand people’s shock. The area around the sluice arches, which is the most iconic part of the park, has been completely transformed. The mature trees that once provided a canopy and some degree of seclusion are now gone and the area feels completely different and exposed.

“However, from looking at what trees have been removed it is very clear that only trees that were growing directly out of the bridges and protected structures have been removed. I know that these works have been led by a conservation architect and that efforts have been made to limit any impact on the habitat. If they were allowed to stay there they would have prised apart the historical structures.

“It’s very unfortunate that the site has been allowed to get to this state through neglect but what is more worrying for me is the level of concern people have expressed about what has happened.

“People don’t feel that they have a say in what is happening in the park and that shouldn’t be the case. We have been promised a masterplan for the park for over 7 years now. Other areas of Fingal have got funding and investment ahead of our park again and again. It’s totally unacceptable.

“We need the public consultation on the development of the park to start now. It’s not acceptable that piecemeal works continue to go on in the valley, such as the dog park, without a wider plan for the whole area with strong public buy-in and substantial investment.”

No more local news as Fingal Independent to close
September 29, 2022