Operation Transformation doctor struck by car while cycling in Swords

You are here:
Active TravelSwords 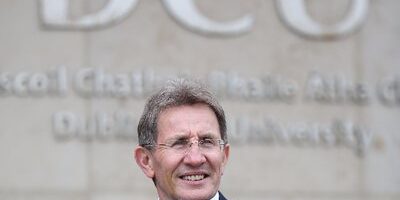 Prof Niall Moyna, known for appearing on the hit RTE show Operation Transformation, has told this week of being knocked from his bike on the Seatown Roundabout in Swords.

The DCU academic outlined in a series of tweets how he was struck while taking a right turn on the roundabout and landed on his head cracking his helmet.

Thankfully, the Professor of Clinical Exercise Physiology was not seriously injured and suffered no broken bones from the incident but he credits his cycling helmet with saving his life.

The roundabout where the accident occured is due to be replaced by a signalised junction which will be much more safe for cyclists and pedestrians but the project has been delayed by 18 months.