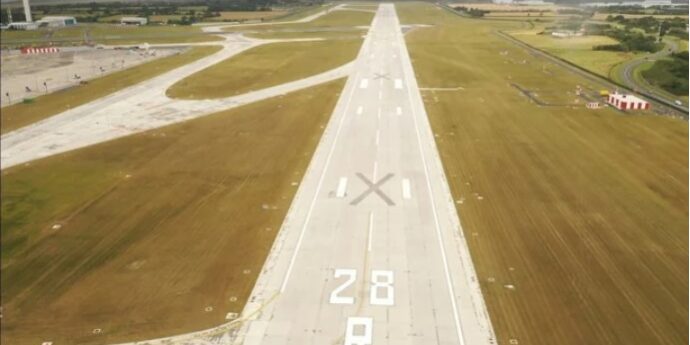 The new north runway at Dublin Airport has come into operation today.

The €320m investment will substantially increase the capacity at Dublin Airport and is part of a long awaited expansion of the facility.

“Communities around the airport have not been looking forward to this day.

“The new runway brings pollution and noise much closer to many people than before. The greatest concerns in the community are around the impact of noise at night.

“Based on the new rules we are going to see many thousands more people impacted by aircraft noise at night particularly in Swords, Malahide and Portmarnock.

“Night noise from aircraft has been linked to cardiovascular disease, cognitive impairment, and mental health issues. In 2018 the World Health Organisation strongly advised that we should limit the number of people impacted by aircraft noise at night. We have just done the exact opposite.

“From a climate perspective this is a very bad day. Aviation is the most emission intensive form of transport and we need to limit increases if we are to stand any chance of stopping climate change.

“Plans are advancing at European level and internationally to limit aviation growth so that the sector will achieve carbon neutrality by 2050.

“The plans for the second runway have wilfully ignored the impact on climate and the likely impact of climate action on passenger numbers. If we are to stabilise our climate then every sector has to play its part.

“With the climate action plan we are seeing all parts of society taking on some effort to stop climate change. Aviation has to play its part too.”