Metrolink Railway Order to be applied for on September 30th

You are here:
Transport 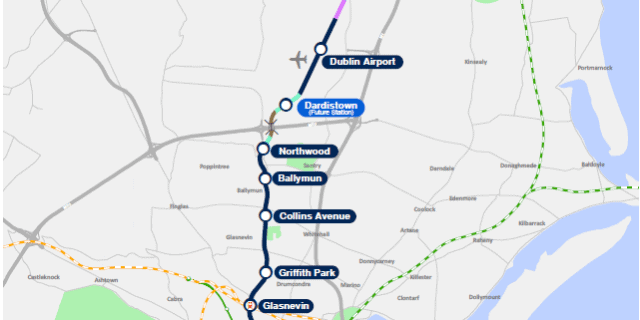 The next important step in making Metrolink a reality will take place at the end of this month.

A Railway Order is the start of the planning process for the new metro and it is an application made directly to An Bord Pleanala.

Railways and metros are considered strategic infrastructure and go through its own planning process called a Railway Order.

As part of the process over 2,500 ‘property packs’ will be delivered to relevant property owners and occupiers along the route. These will notify people of what is planned.

The Railway Order documentation will be available to view in Fingal County Council offices from October 7th.

“This is a really important step in Metrolink becoming a reality. The planning process is a vital stage in the delivery of any infrastructure. This is the point where the aspirations start to become real and as this process moves along we will get a better sense of how long it will take.

“The movement to the planning phase also marks an important new phase of investment by the government. The commitment to this project will be in the billions and the investment to push it through planning will help create pressure on future governments to deliver.

“Swords has been in limbo waiting for this project for far too long and I’m really thrilled to see such concrete steps to delivering this taking place. Previous governments have delayed and long-fingered this and finally we are getting some momentum behind delivering this.”

Some estates in Swords were unhappy with the original designs along the R132. An official from Metrolink has confirmed to public representatives that the new plans for the area will broadly respect the existing estate boundaries.