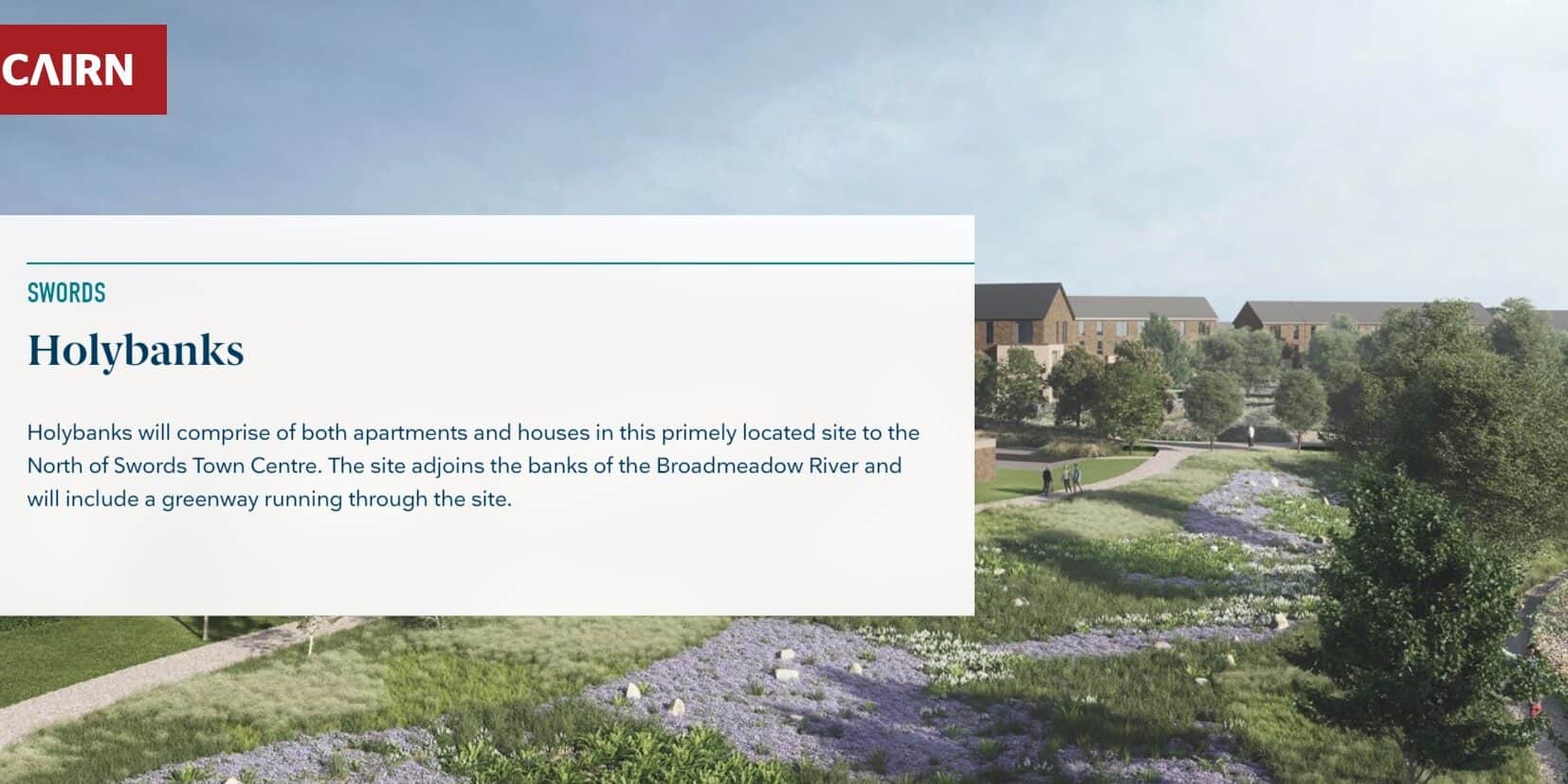 624 residential units are being planned for a 35 acre site on the Glen Ellen Rd in Swords.

The proposed Strategic Housing Development (SHD) has been lodged by Cairn Homes and will include 118 houses and 349 apartments an a site bordered by the Broadmeadown River to the north and the Glen Ellen Rd to the south.

The development will include houses, duplexes and apartment blocks as high as seven storeys.

Details of the development were revealed in an article in the Irish Times last Friday. It stated:

“We don’t have full details of this SHD yet and I will go through them in detail when they are published. It’s clear given the size of the site that this will be a very dense development and far more dense that the area surrounding it. However greater densities may be approapriate given the closeness to the planned Metro station. It is absolutely crucial that local amenities keep pace with increase in population and based on these numbers the increase in population will be substantial.”