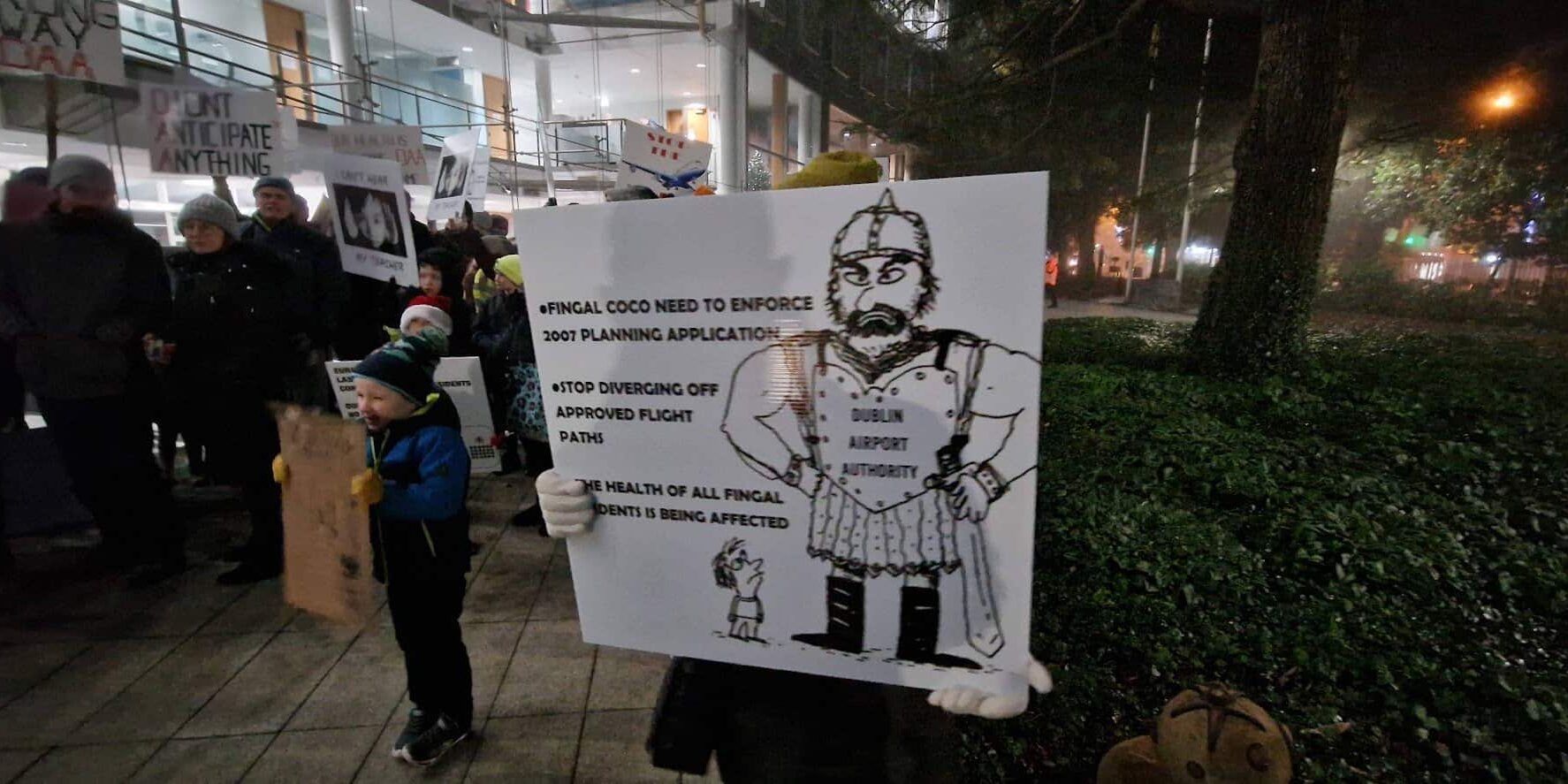 Some 50 to 60 people braved sub-zero temperatures to attend a protest against Fingal County Council’s handling of illegal flights off the new North Runway, on Monday afternoon.

Calling on the council to ‘do their job’ by enforcing the planning permission that is in place on Dublin Airport, protesters highlighted the ongoing illegal use of flight paths from the north runway that are clearly in breach of planning permission and causing severe noise disturbance.

Since August 24th when the new north runway opened, homes and communities that had previously been told they would not be impacted by the new North Runway have seen aircraft fly directly over them causing levels of noise that have a serious impact on human health.

The World Health Organisation have strongly recommended that policy makers seek to limit the impact of noise, particularly at night, as a growing body of evidence is showing clearly links between aircraft noise and cariovascular disease and other health issues.

“I was very happy to show my support for the campaign outside the council buiding and in the chamber on Monday.

“What has been happening since the North Runway opened has been shocking. People who were told they would not be impacted by the runway have been watching planes fly directly over them and are experiencing huge noise disturbance.

“All the reports and modelling on the impact of the runway were completely thrown out the window as flights have been turning far sooner than was agreed. These divergent flight paths are in clear breach of planning permission and given the severity of the impact I’m calling on Fingal County Council to move forward with enforcement proceedings as quickly as possible.

“I would also like to see the Aircraft Noise Competent Authority (ANCA) use the powers given to it in law to do a new assessment of the impact of noise at the airport. This is an obvious change in the noise impact and we need a full picture of how communities are being affected. “