Hidden heroes of the pandemic honoured at Fingal Mayor’s awards 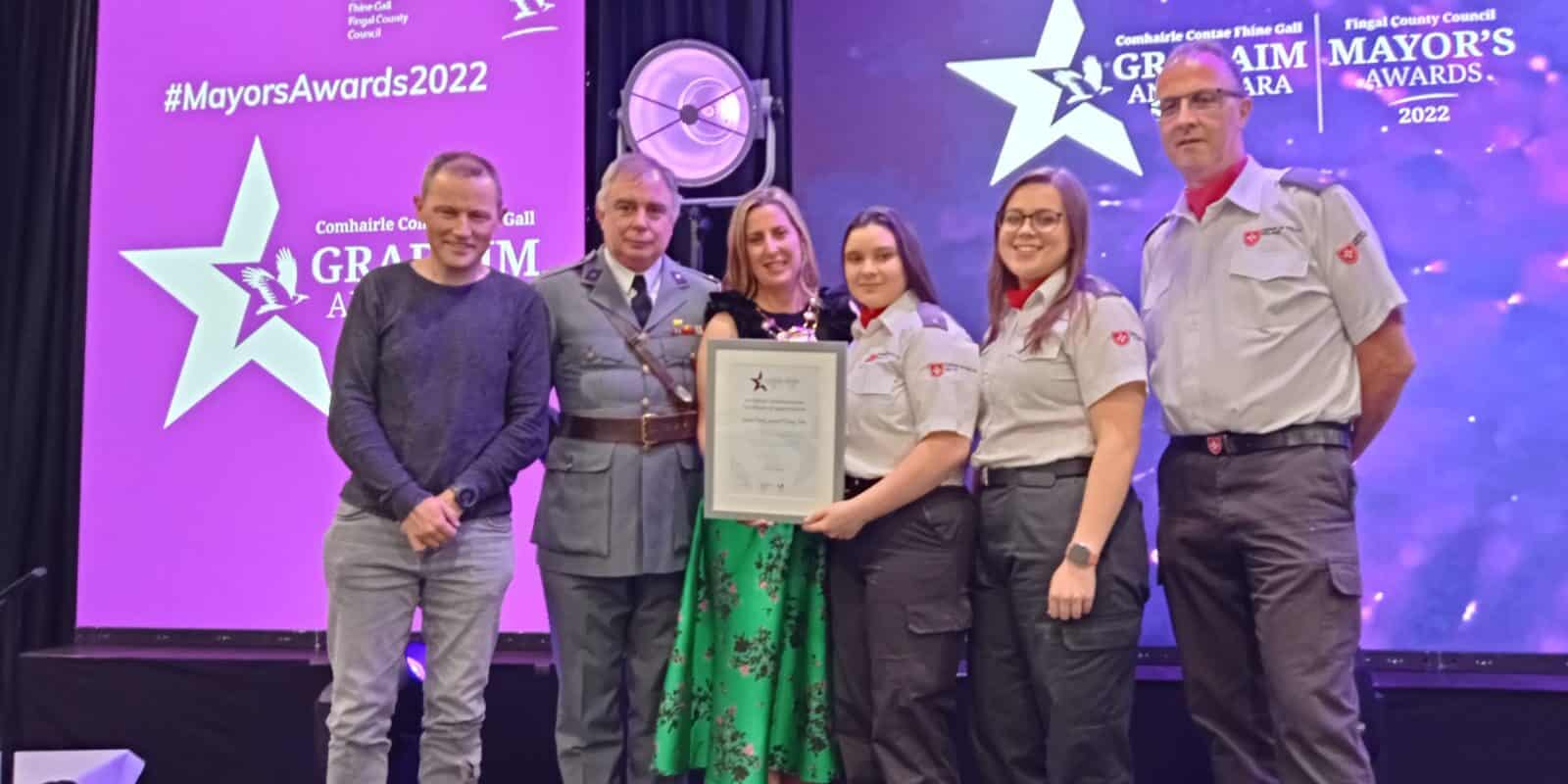 During the pandemic so many people in Swords did what they could for their community – through small acts of kindness, running erands, checking up on neighbours and lifting people’s spirits.

Some of these people were recognised recently at the Fingal Mayor’s Awards.

One such group were the volunteers who prepared and delivered care packages to vulnerable families and members of the community through the worst lockdowns.

The Family Care Package team, which worked out of the Brackenstown Parish, included the Swords Order of Malta, Crosscare, members of Brackenstown parish, school staff and social workers.

The group identified families and people in the Swords area that needed help and supplied care packages every week. During the height of the operation they were delivering to some 60 households.

Putting themselves at risk to help others, the group offered a vital lifeline to many people in a time of great need.

At a recent ceremony at the Crown Plaza Hotel in Santry, Order of Malta members Mandy Lawless, Charlie Canty, Fergal Costello, Jenny Morgan and Lauren Canty, received the award on behalf of the group.

“What happened in Swords with the delivery of family care packages was community spirit at its finest.

“The group went above and beyond to help those in need in their community and their selfless work has had a deep impact on all those who received it. It was great to meet the members of the Order of Malta on the night and I also want to thank Fr Paul Thornton for his incredible commitment to this project and the community down the years.

“Many people would rather forget the years lost to the pandemic but I’m glad we have had these awards to remember and congratulate the incredible work that often went unseen in our communities.

“It was a great honour for myself to be able to nominate this group and it was great to see so many other Swords groups receiving commendations for the work. In particular it was great to see the Meals on Wheels receiving an award. I also want to mention the ANEW support services for pregnant women facing homelessness, the Swords Pickers environmental group, and the Swords Tidy Towns who were all award recipients.”

Why is ALSAA being threatened with closure by the DAA?
June 16, 2022

Concern about lack of leisure facilities in Fingal doubles since 2017
June 2, 2022

Do you know how your community group can get funding from Fingal? FIND OUT
March 24, 2022