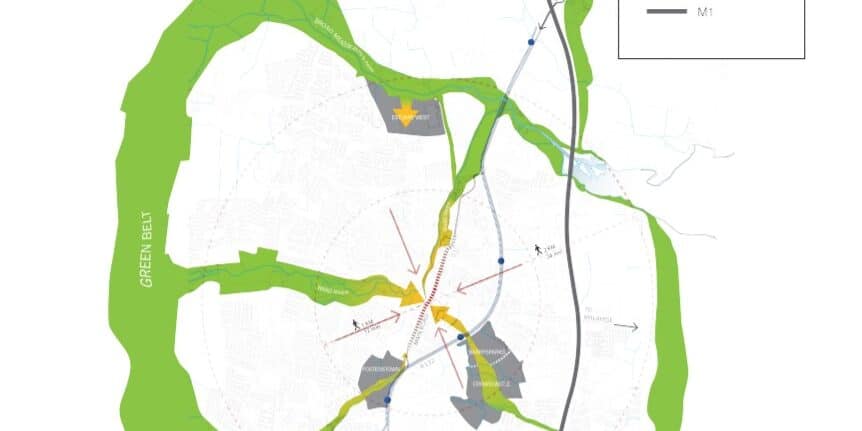 A major commitment to develop a necklace of open spaces around Swords and to redevelop the Ward River Valley Regional Park will be contained in the new Fingal Development Plan.

Following a motion from Green Party Councillor Ian Carey, Fingal officials last night recommended a strong extra commitment around open spaces which will now be included in the new plan.

The new local objective on the Green Infrastructure Map will read as follows:

This is really positive increase in ambition on what is an essential amenity for the town and the “green necklace” of open spaces is something that was contained in Swords Masterplan documents and is badly needed.

“The commitment to ‘developing’ a green necklace of open spaces around Swords by Fingal County Council is really very positive. It will create badly needed new park and woodlands for the community to enjoy and it will stop the urban sprawl and facilitate more compact growth,” said Cllr Ian Carey.

“It was also incredibly positive to see the much stronger commitment to the Ward River Valley in the recommendation. We have been 6 years waiting for a development plan for the park and it is in urgent need of attention. With the growing population of the town we need to look seriously at how that space can better serve the community. We need to deal with the historic and current domestic dumping, protect the vital nature there, whilst also developing more amenities for people to enjoy.

“I want to give credit where credit is due, the response to my motion is clearly a strong response to a series of motions from all Swords councillors seeking similar attention to our open spaces. The work of the Swords Woodland Association and Cllr Newman has been vital to the inclusion of the ‘green necklace’, Cllrs Butler and Manton’s work on the heritage trail and the local greenways, and Cllrs Mulligan, Graves and Humphries work on delivering an ambitious plan for the Ward River Valley have all played a part in stepping up ambition. It’s clear that when local representatives work together that it can be effective in moving the council.”