Local Gardaí want Swords to be its own Garda District 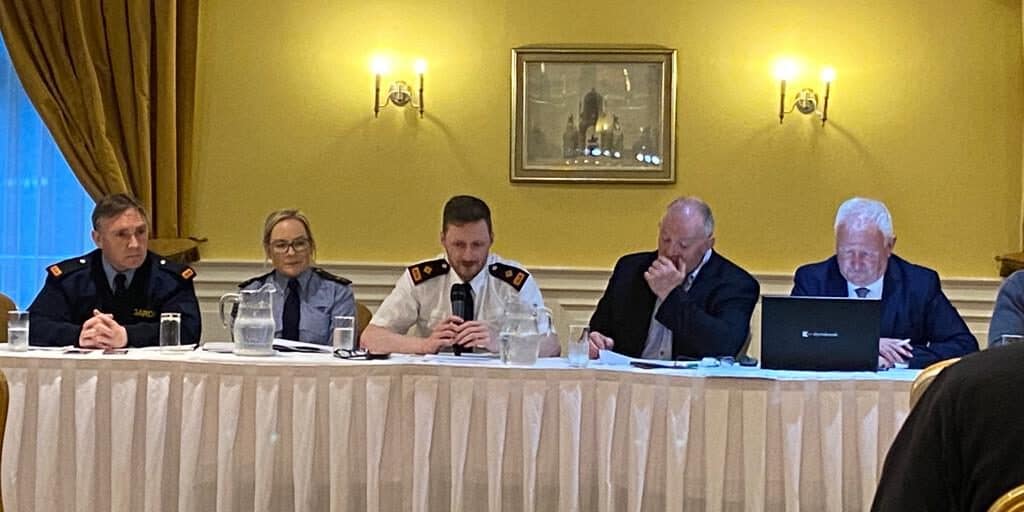 Garda Superintendent Paul Franey, for the Balbriggan District, explained this week that Gardaí have ‘made the case’ for Swords to become its own district.

Swords is currently part of a large district with its headquarters in Coolock. The area includes Coolock, Malahide, Swords, Rolestown and all the way to Coolquay.

With a large growing population, the future of policing in the area will need the creation of a new Garda District with Swords as its centre point.

Superintendent Franey made his comments at a rural crime meeting organised by the Irish Farmers Association (IFA) in Kettle’s Hotel in Rolestown. The meeting, attended by 50 people, discussed rural crime, its impact and ways to prevent it.

“It’s clear that the local Garda leadership in Fingal recognise the need for a change in the organisation locally and we should listen this.

“We cannot wait for the policing situation to get worse before we invest. We must make this move now. Already there are issues with response time, we need resources and decision-makers close to the population here in Swords.

“As incoming Chair of the Joint Policing Committee, I want to put this on the agenda of the committee so that the community strongly supports our local Gardaí and pushes for Swords to become its own district. I want the Minister and the key decision-makers in the Gardaí to get a clear message from the community that now is the time to invest in Swords.”