Did you see what the old Wright Venue is set to become? 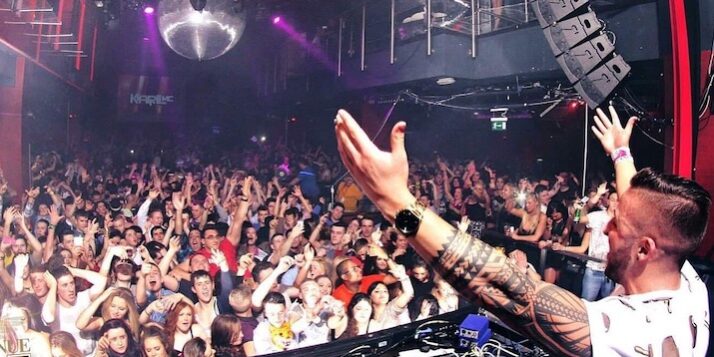 I’m not sure many people will lament the old mega-nightclub, the Wright Venue.

But the building is set for a new lease of life and something really significant, from a technology perspective.

The gaming publisher Riot Games is about to launch what they are calling a Remote Broadcast Centre from the old venue.

So what is a Remote Broadcast Centre?

Well.. that is going to take a bit of explaining. Riot Games are one of the biggest esports firms in the world. They run events around the world and the site in Airside is going to be a production centre for all those events.

Okaaaay …. so what are esports?

Well… another good question. This competitive gaming. So computer games where teams compete against one another in leagues. Just like regular sports. It might sound niche, but this is really big, and growing, business.

So what games do they play?

The League of Legends Championship Series is an example. There are 10 teams in the league and they compete over a season for the title. The game is an online multiplayer battle arena. You play as a team of magical characters (or creatures) and try and destroy another team and their base. It’s a highly strategic game with many different characters and ways to defeat your opponent.

How significant is this new facility in Airside?

Well there are only going to be three on the planet so it is of real significance for esports. Another will be in Seattle with the third planned for Asia. The development of these Remote Broadcast Centres is part of what Riot Games are calling ‘Project Stryker’ which is a massive R&D investment. The aim is to allow their various events around the globe to be controlled centrally by one of these ‘Remote Broadcast Centres’.

It’s a big coup for Ireland to have this located here and all the better to have it in Swords. It will bring with it over 120 jobs.

Here are some images of the new facility. Those who frequented the old Wright Venue might remember the layout.

The new facility will launch shortly and I’ll give another update after.

Here are some links to find out more about it: