You are here:
Art & designSwords 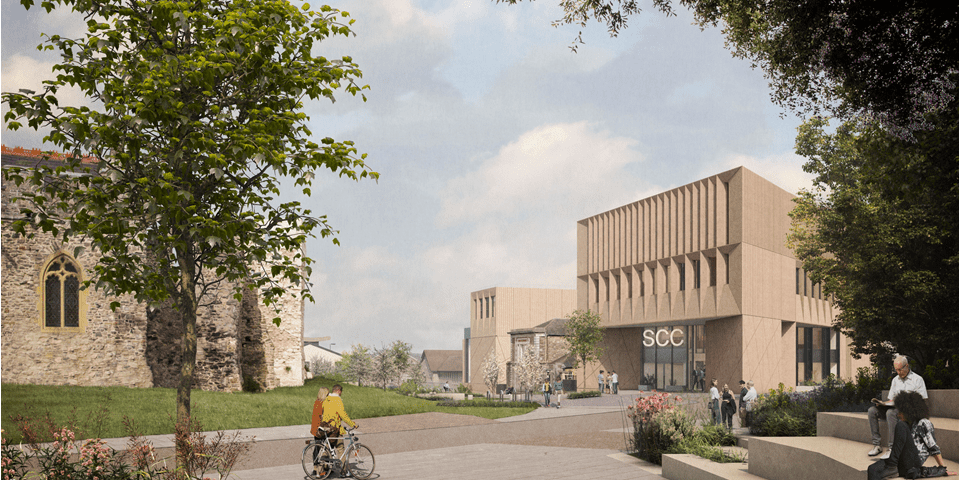 The architects and design team behind the Swords Cultural Quarter have given greater detail of what is planned.

Ahead of the public consultation starting on July 7th, they informed councillors of the key elements of the plan.

The new building will stand at the junction of North St and Seatown Rd and the new cultural complex will wrap around the protected District Court building.

It will contain a 200-seater theatre which will be ‘black box’ style which means there is no permanent stage and can be rearranged based on the needs of the production.

Above the theatre there will be rehearsal space and meetings rooms for groups using it.

The library will be over three stories and will contain a children’s floor as well as a dedicated study area.

The ground floor will have a coffee shop by the entrance and a ‘maker space’, which is an area where you can build and repair items as well as create, there will also be a gallery which wraps around to the north side of the courthouse and will be visible from the road.

The hill at the corner of the castle will be designed to create a small amphitheatre for outdoor performances.

The area in front of County Hall will also be redesigned with a new pedestrian entrance to the building created to open it up. The area will be terraced to soften the impact of the surrounding wall and allow people to sit and view the castle. As part of this the bus stop will be moved further up Main St.

The plans in full will be available when the public consultation on the project starts on July 7th.

“The new theatre, library, and gallery – all within a stunning modern building – will be truly transformative for the town of Swords.

“As Swords has grown from a village to the second largest town in the country over the last 40 years it has lacked some key cultural facilities and this will finally address that.

“The library in Swords today is exactly as it was when I was using it to study for my Junior Cert. Thankfully the younger generation will now get a new state of the art facility.

“The provision of a 200-seater theatre will also be such a boost for the town with local drama and musical groups able to perform right in the village.”