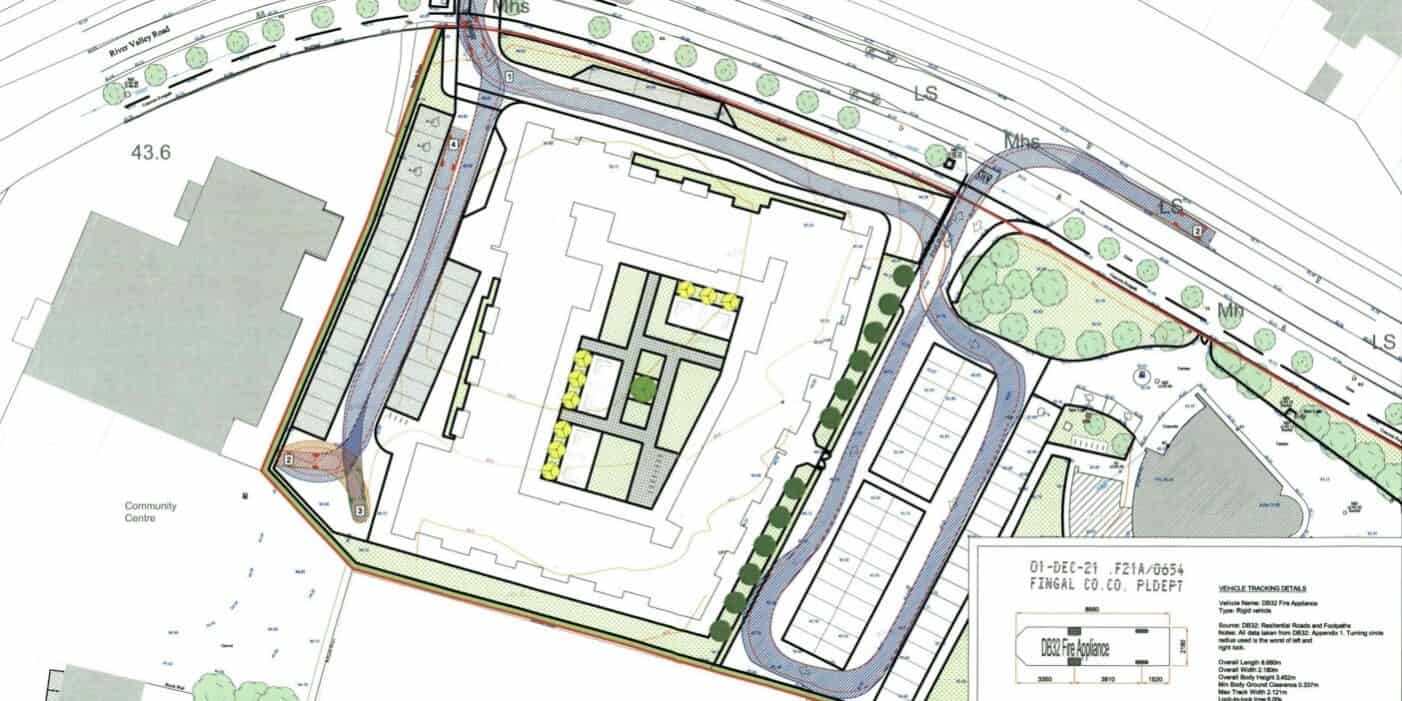 A new sheltered housing complex has been given the go ahead in Rivervalley by Fingal County Council.

The three storey building, which will be used to provide independent living space for people over 55, will be located in the centre of Rivervalley in the vacant site between the Church carpark and the community centre.

In addition to the sheltered housing, a pastoral centre will be build next to St Finians Church, a two-bed priest’s residence, as well as a new scout den next to the Rivervalley Community Centre.

The proposed development attracted a significant number of objections from local individuals and groups.

Some of the key objections related to the fact that some of the independent living units would overlook the playground of Holy Family National School and that children use the green space as a safe access route to the school and now they will be funnelled through a car park.

Others objected to the size of the development, the loss of green space and the impact on traffic in the area.

Commenting on the granting of permission, Cllr Ian Carey said:

“Some of the observations made have merit, in particular, the issue of privacy and the fact that the playground will be overlooked. I hope that the developer can take that on board and deliver additional screening, through planting, around the boundaries.

“I also think the issues around access to Holy Family National School are important and need to be resolved. I will be pushing Fingal County Council to work more constructively with the Principals and the Boards of Holy Family around access to the site so that it is safe for all kids to walk and cycle there each day.

“Overall, however, I am supportive of this development. We are in the middle of a housing crisis and the provision of independent living accomodation for older people is in desperately short supply. Many people who choose to step down into smaller accomodation are freeing up a larger property that could be used by a family – so the wider benefit of sheltered accomodation like this can be greater than people think.

“Also the benefit of the pastoral cente and the new scout den will be huge for the community. The recently built pastoral centre in Brackenstown has been well used by many community groups and I would envison the same in St Finian’s. I know the scout group in Rivervalley very well, down the years, and it is really fantastic that they will now finally have a home again, after a many false dawns.”