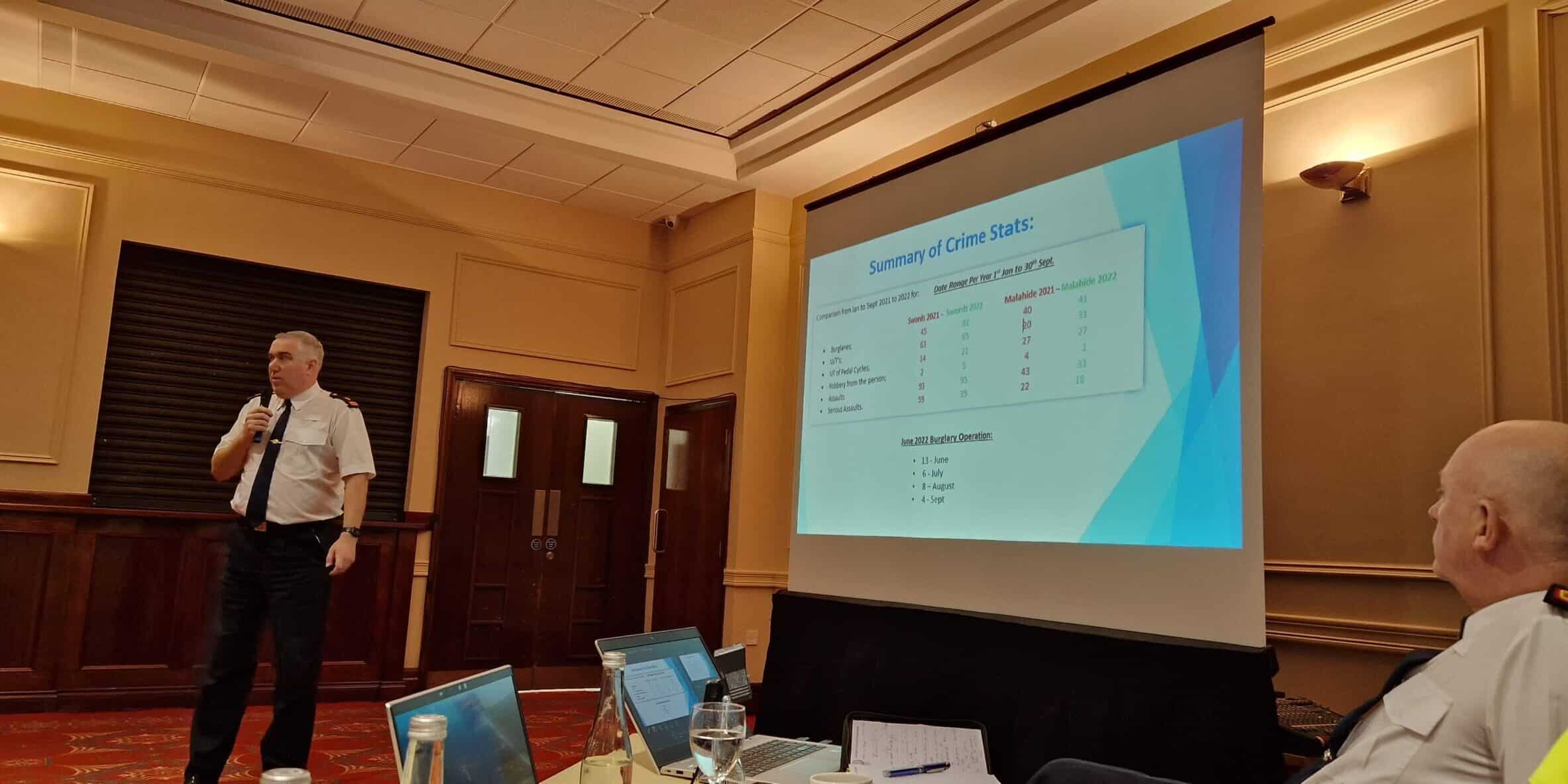 A number of parents from Swords told harrowing stories of their teenager or child being assaulted by other young people in the Swords area.

The testimonies came at the public meeting of the Fingal Joint Policing Committee this week, where senior Gardai and officials of Fingal County Council hear the concerns of the public and present on how policing is carried out in the area.

The parents told of how serious assaults were being carried out by teenagers and children, who are too young to be dealt with through the normal justice system.

Gardaí, who couldn’t discuss specific cases at the public meeting, made commitments to deal with the issue and met with and discussed the situation with those affected after the meeting.

Other issues that were raised at the meeting included:

Superintendent Ronan Barry gave a presentation to the meeting on the crime statistics for Swords and Malahide. He detailed how burglaries in Swords had increased in 2022. He explained they peaked in June with 13 but following a Garda operation they had reduced to 4 in September.

“It was very difficult to hear how young people in our community have been assaulted but I really want to thank those spoke.

“It took great courage to come forward and I know it was hard but I’m hopeful that this can lead to a change in approach that can deal with the situation. It is appauling to hear of young people living in fear. It is not something we can tolerate. I hope to continue to work with the Gardaí and those impacted by this and see what we can do as a community to stop this.

“One way, I’m discussing with Gardaí is the setting up of a Community Safety Forum for Swords and Donabate to bring information from the community directly to senior gardai in Swords. This public meeting was important but they are too infrequent and we need more regular contact between the community and gardai in our area.”